Guide to Streaming in June Sure, Obi-Wan Kenobi and the fourth season of Stranger Things just dropped—but streaming TV is all about what’s next. And what’s next is a new Marvel series, the return of the anti-Marvel series, and mysteries both lighthearted and deeply confusing from Hulu and HBO Max, respectively. Take a look at the most interesting things hitting streaming this month …

What’s New to Streaming in June

A selected list of movies and TV shows coming this month that we are very excited about.

Michael Baumann: The Orville’s forthcoming season, which premieres on Hulu June 2 and is subtitled New Horizons, marks a bit of a shift for the series. The crew composition continues to evolve, with Anne Winters joining the cast as a young navigator. Creator and star, Seth MacFarlane, says the move to Hulu comes with a more “cinematic” visual style. But the biggest adjustment comes not from within the show’s universe, but in the real world’s streaming TV landscape.

When The Orville, which mimics the style and many of the conventions of Star Trek, premiered in 2017, there had been six official Star Trek shows released in the previous 51 years. These Star Trek shows have had to compete against a constellation of socially conscious spacefaring dramas: big streaming swings like For All Mankind, The First, and Away, and later seasons of The Expanse, among others.

Given all that, the biggest question for The Orville entering its third season is this: Is there still a place for this show when space—and Star Trek in particular—is busier than it’s ever been?

Miles Surrey: While adapted from Garth Ennis’s comic book series of the same name, which was first published in 2006, The Boys feels like it was tailor-made for our present—one in which Hollywood can’t get enough of superheroes and the United States is increasingly, dangerously nationalistic. Throw in the basic tenets of capitalism through the omnipresent Vought, and The Boys is like looking through a fun house mirror at our world that’s literally on fire. All that’s missing from the show’s universe is a global pandemic. (I can already picture Vought’s terrified PR lackeys begging Homelander to wear a mask in a new ad campaign.)

Alison Herman: For a half-hour dramedy, the results can be viscerally unpleasant. I have multiple friends who tuned out after the pilot, in which Rose Byrne’s voice-over is almost distractingly dominant. But over the next nine episodes, Physical also puts forward one of the more convincing portrayals of dysfunctional body image I’ve seen on TV. Even when they don’t rise to the level of a clinical disorder, legions of women have experienced negative thoughts or behaviors around food and exercise. (Some surveys put the number as high as three in four.) When Sheila balks at a food-centric campaign event because it throws off her meal plan for the day, it’s queasily familiar. Today, weight loss has become “wellness” and crash diets are now “cleanses.” But Physical lays bare the contradiction at the heart of exercise as a commodity, then and now: What’s supposed to make you healthier can actually keep you prisoner to your unhealthiest habits. It’s never easy to tell which is which.

Surrey: The wildest part about Floor Is Lava is that nobody ever thought to make this into a show before. Floor Is Lava is exactly what it sounds like: a version of the timeless childhood game of not touching the floor while jumping between living room furniture, but on steroids. In the series, rooms are flooded with 80,000 gallons of gooey, bright orange water while various pieces of furniture and other items are all that separate contestants from falling into the “lava.” It’s perfect(ly stupid).

Baumann: The premise of For All Mankind is that the Soviet Union beat the U.S. to the moon in 1969 by a matter of weeks, and instead of the space race coming more or less to an end by the mid-1970s, the discovery of water on the moon heats it up to its greatest intensity ever. The show’s most distinctive feature is its earnest maximalism, not just in terms of characters and plot, but in examining the furthest reaches of its own historical and political world. The Soviets landed on the moon first, not just changing the course of the space race but of history writ large. And we get to see all of those effects.

The Worst Person in the World (June 13, Hulu)

Sean Fennessey: I have clear and undistorted memories of critical decision-making points in my late 20s and early 30s. Take this job, move to this city, befriend this person, go to that party, maybe pack it in tonight, three whiskeys is enough, sir. I live a more domesticated life these days, often homebound and unambitious, but occasionally I will think back on some of those choices. Did I miss out on meeting someone at that party who could have changed it all for me? Or have I played the notes of life as well as possible? I definitely blew it on more than one occasion, but I’m happy and healthy and … well, this all sounds like rationalization doesn’t it? What you’re reading right now is solipsism and I’m far from above it. Most people born after 1980, at least, aren’t either. Joachim Trier understands this: In the final third of his Oslo Trilogy, the Norwegian director trains his eye on Julie, an intelligent, vivacious young woman who frequently seems to make the wrong choice. They’re not cataclysmic decisions, but anytime a relationship or a career path makes some headway in her psyche, she flees. Renate Reinsve plays Julie, in what I believe is the performance of the year, as a woman with a deeply millennial sense of false bravado—she’s a person roiling with feelings and beliefs but harboring self-doubt and confusion at every turn. I recognize Julie. If I am not her, I have met her, worked with her, had Zoom calls with her while she blithely presented her grand vision of the world to me. It is the confidence and passion of a person who was told that she can be anything she wants colliding with the reality that maybe, just maybe, she can. Trier and cowriter Eskil Vogt have an uncanny feel for this conundrum, crafting the movie into 12 discrete parts, a self-consciously novelistic approach that does, in fact, reflect how people tend to recall their youth. This movie knocked me over. Everyone should see it.

Daniel Chin: For the past two seasons, Westworld has been stuck in a loop. Like many of the hosts cycling through various lives (and bodies), the series continues to struggle to find its identity. The third season saw Dolores lead her kind outside of the parks for the first time, and yet many of the confusing plot points left behind by the previous season—such as the Sublime—bled into the show’s next chapter without any resolution. Even now, with Season 3 all wrapped up, many of the same unresolved questions linger.

Only Murders in the Building, Season 2 (June 28, Hulu)

Herman: Coen brothers and their imitators aside, crime and comedy don’t always make for an intuitive mix. (Mare of Easttown wasn’t exactly a barrel of laughs.) On TV, exceptions like Bored to Death both proved the rule and remained stubbornly niche. Yet as the surprise hit of last fall, Hulu’s Only Murders in the Building struck a deceptively difficult balance. Over 10 episodes, what began as a lighthearted parody starring two finely aged hams and their obliging millennial sidekick grew into a genuinely compelling mystery with both suspense and emotional weight.

Some New-ish Things You Might’ve Missed

Because it’s hard to keep up with everything, here are a few things that have premiered somewhat recently that may be worth catching up on.

Ben Lindbergh: The Obi-Wan we meet at the start of Obi-Wan Kenobi, which arrived on Disney+ with a two-part premiere on Friday, is not the one we remember from Episodes 1 through 3, a trilogy retold in four minutes before the series’ first scene. (Previously on … the prequels.) He’s a little grayer and a good deal more weathered, though not nearly to the degree of Alec Guinness circa Episode IV. (By all appearances, Kenobi’s next nine years are gonna be rough, though nine years from now, Ewan McGregor will be only three years younger than Guinness was in 1977.) Ten years on Tatooine has punished him, sure, but mostly he’s punished himself.

Herman: In its first season, Hacks pushed its heroine out of her comfort zone; in its second, she heads further into the unknown. Famed comic Deborah Vance (Jean Smart) has held court on the Las Vegas Strip for decades, but when her longtime venue threatens to cut some dates, their shared manager recruits disgraced TV writer Ava (Hannah Einbinder) to freshen up Deborah’s act. The resulting series won all the establishment clout Deborah herself was denied, scoring Emmys for writing, directing, and Smart’s performance. For Hacks’ follow-up, Deborah and Ava take their act on the road, workshopping new, more confessional material on cruises, at state fairs, and in a tour bus equipped with a state-of-the-art light therapy bed.

Jodi Walker: The Staircase dramatizes the well-documented frenzy around the death of Kathleen Peterson, with Colin Firth playing Michael Peterson in an unbelievably accurate, unbelievably grumbling-and-bumbling performance. If you close your eyes, you could be listening to the Staircase documentary. And much like in that 13-part, 15-year-spanning docuseries, whether Michael Peterson committed the crime is kind of beyond the point. It’s about the criminal justice system, and the media frenzy around cases like these. And of course, that Michael Peterson so seems like he could have killed his wife because he’s a bit of a pipe-smoking, dishonest, egocentric nightmare. Even when evidence is mounting that Kathleen’s (Toni Collette, also great, and perhaps healing us after some of her previous mom roles) death was, indeed, an accident, it’s hard to let go of just how unlikable Michael is. 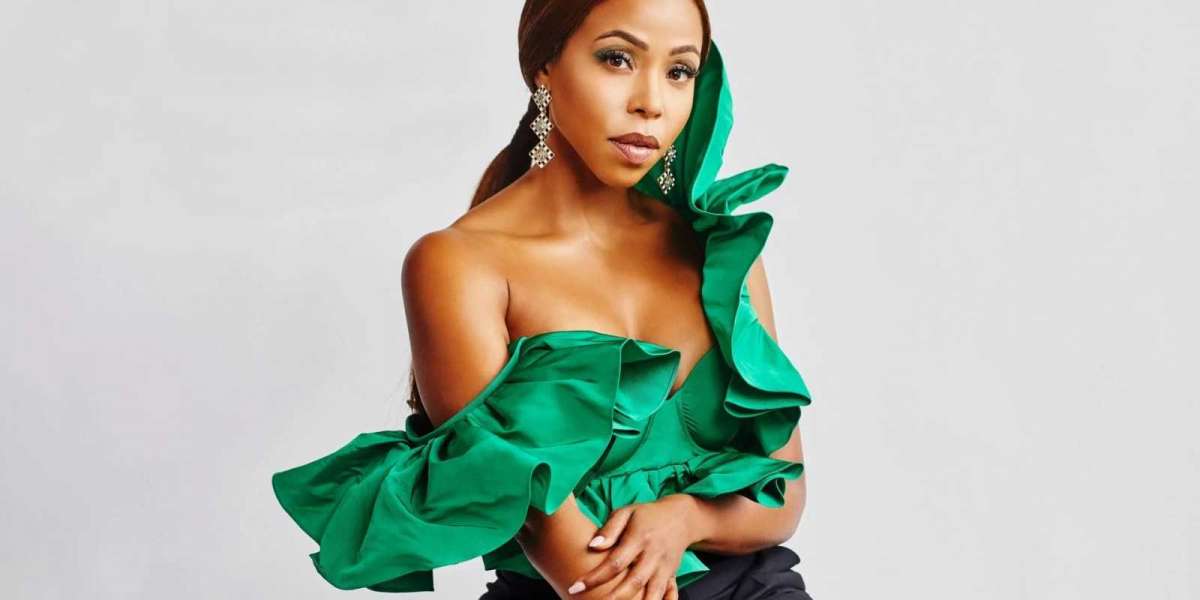